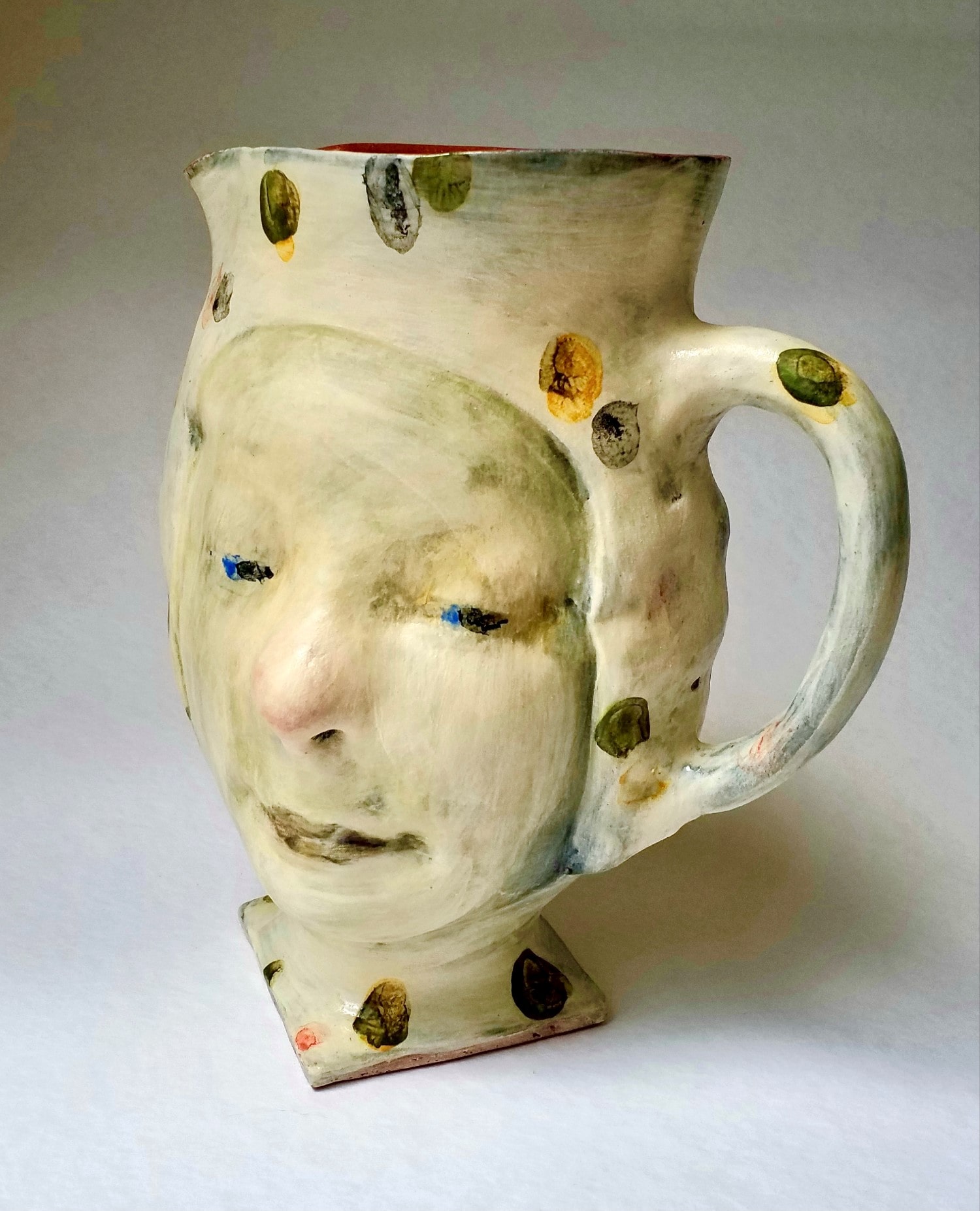 A practicing ceramist since 1974, Thacker worked at Cambridgeshire Pottery in England in 1978– an experience which was to have a strong influence on her later work. After returning to New Zealand she established her own studio on Waiheke Island in1980 and is still based there today.

n 1992 Thacker took up a residency at the International Ceramics Studio at Kecskemet in Hungary and since that time has gained a significant reputation exhibiting throughout New Zealand, Australia, Japan, England, Germany and Hungary.

Thacker is known for her iconic jug forms and vessels - which she uses as three-dimensional canvases for her painterly narratives and mark-making. Her work and ideas are in constant flux with ideas created from one show leading onto the next. 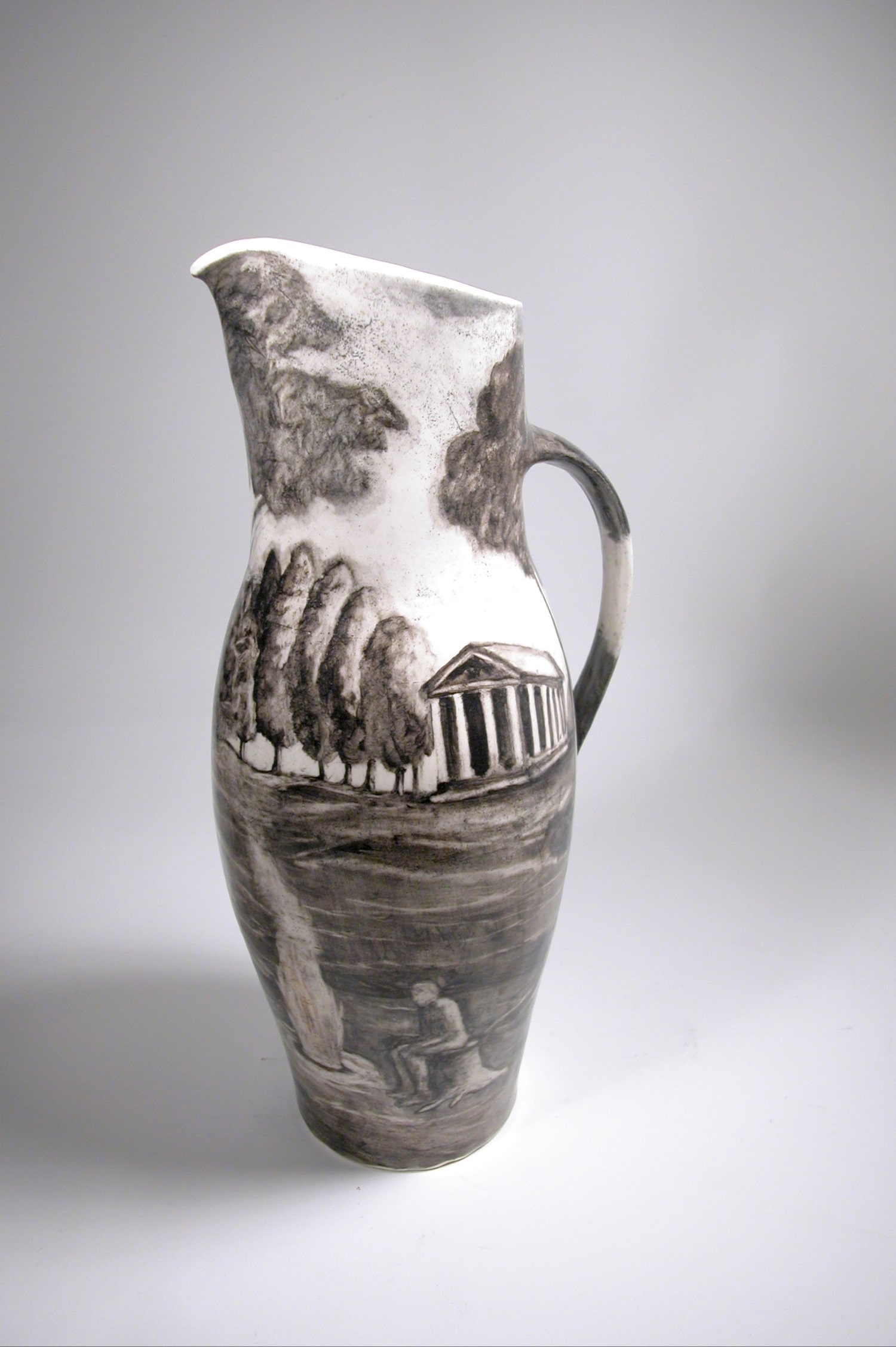 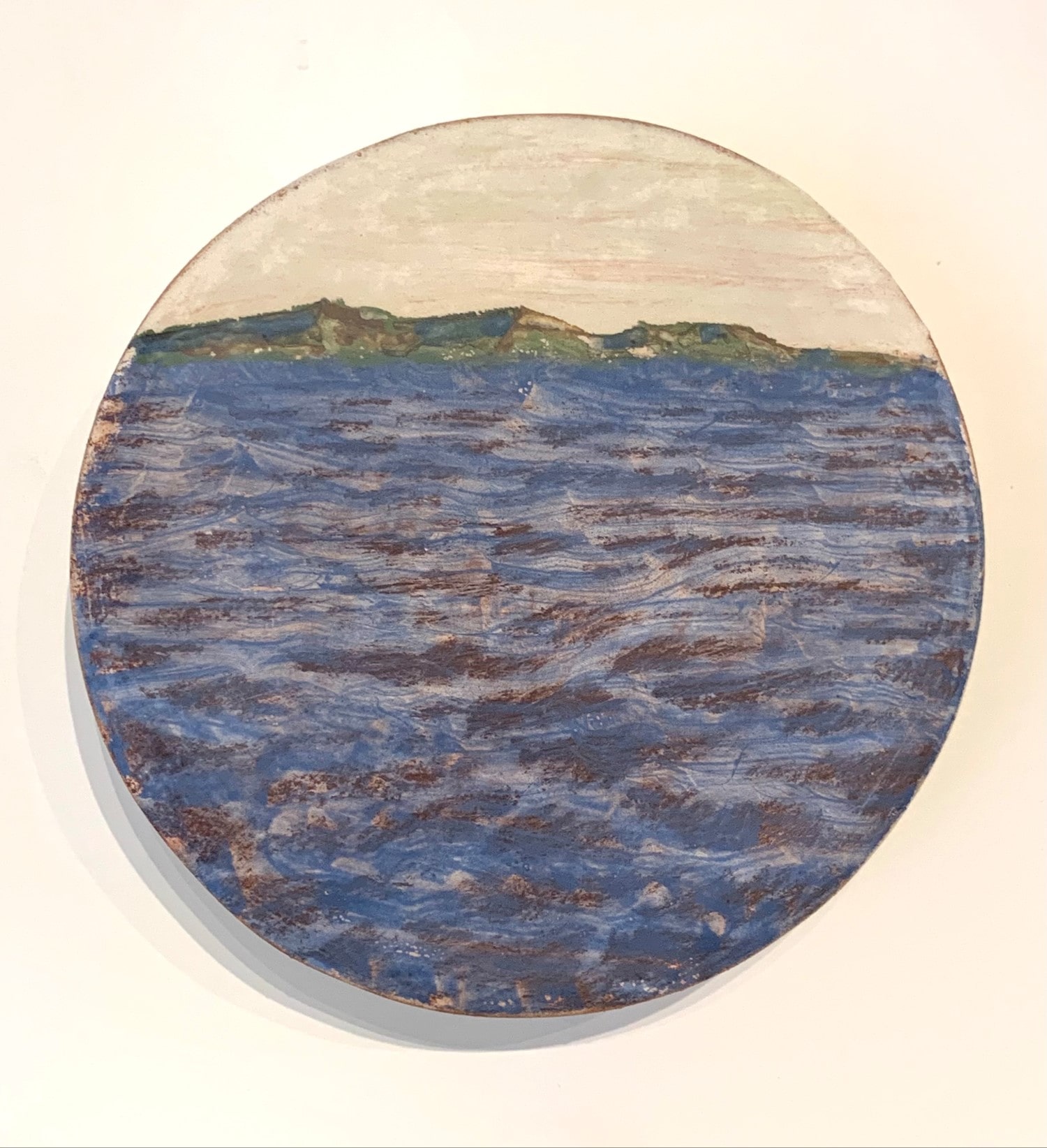 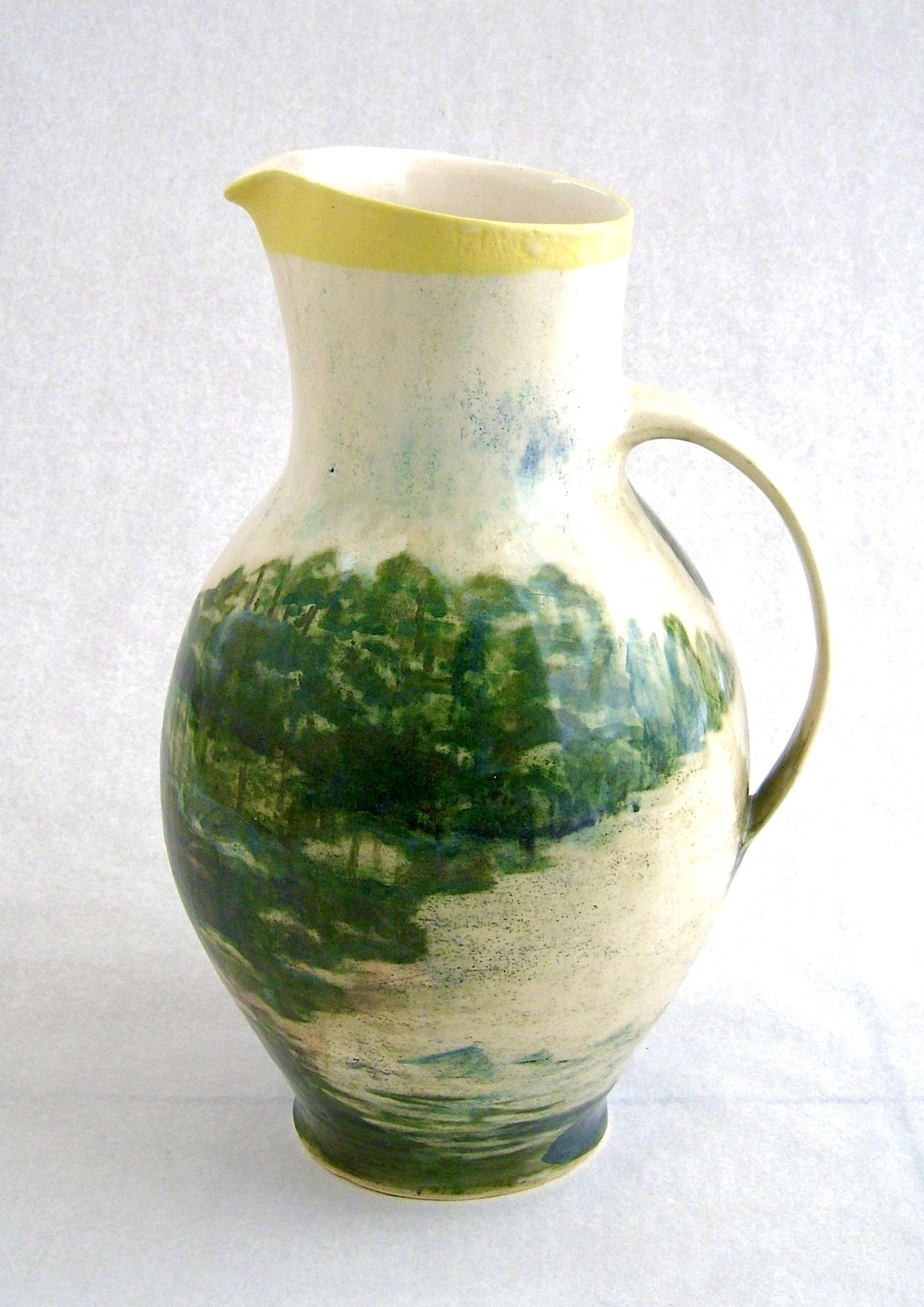 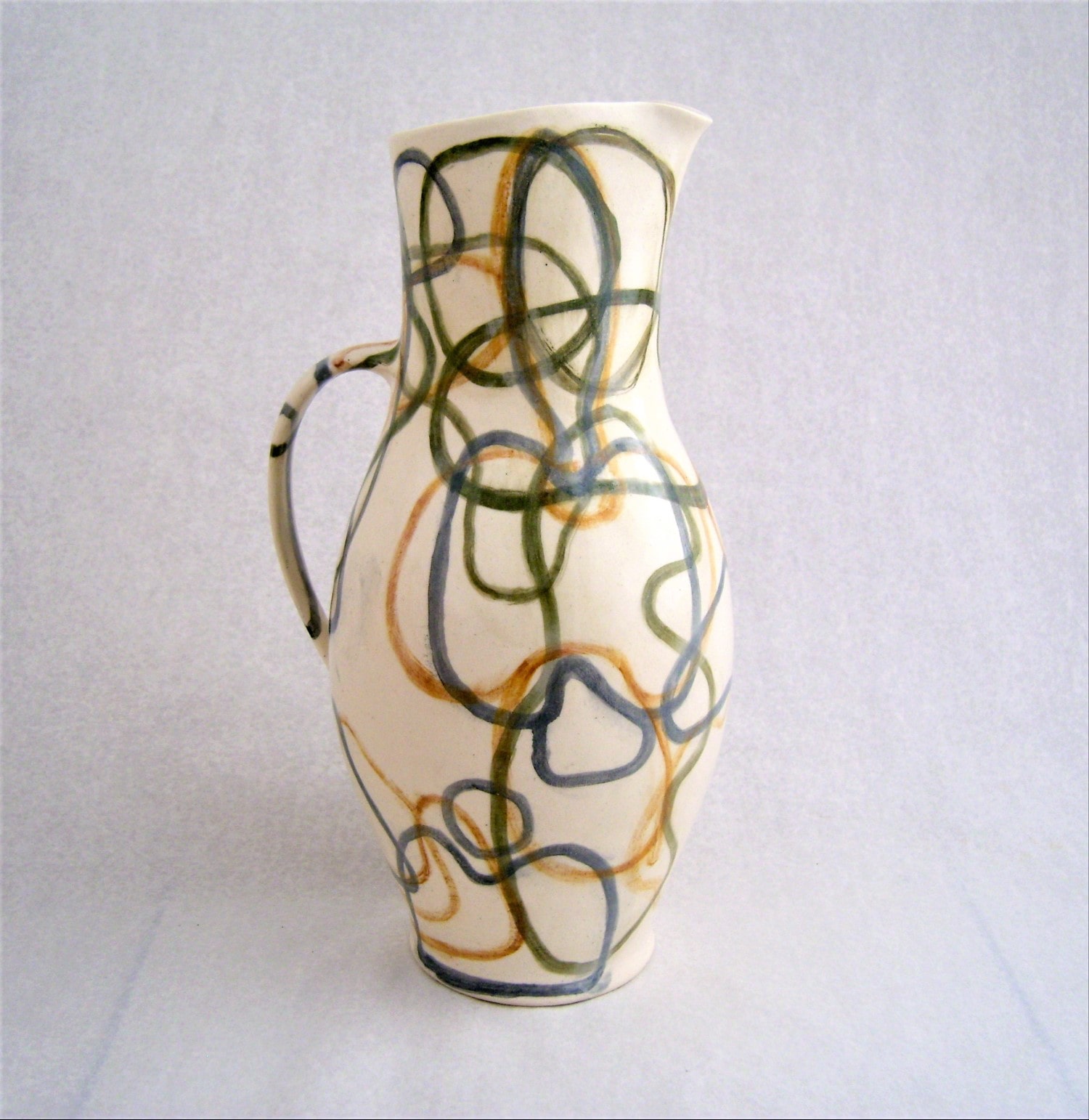 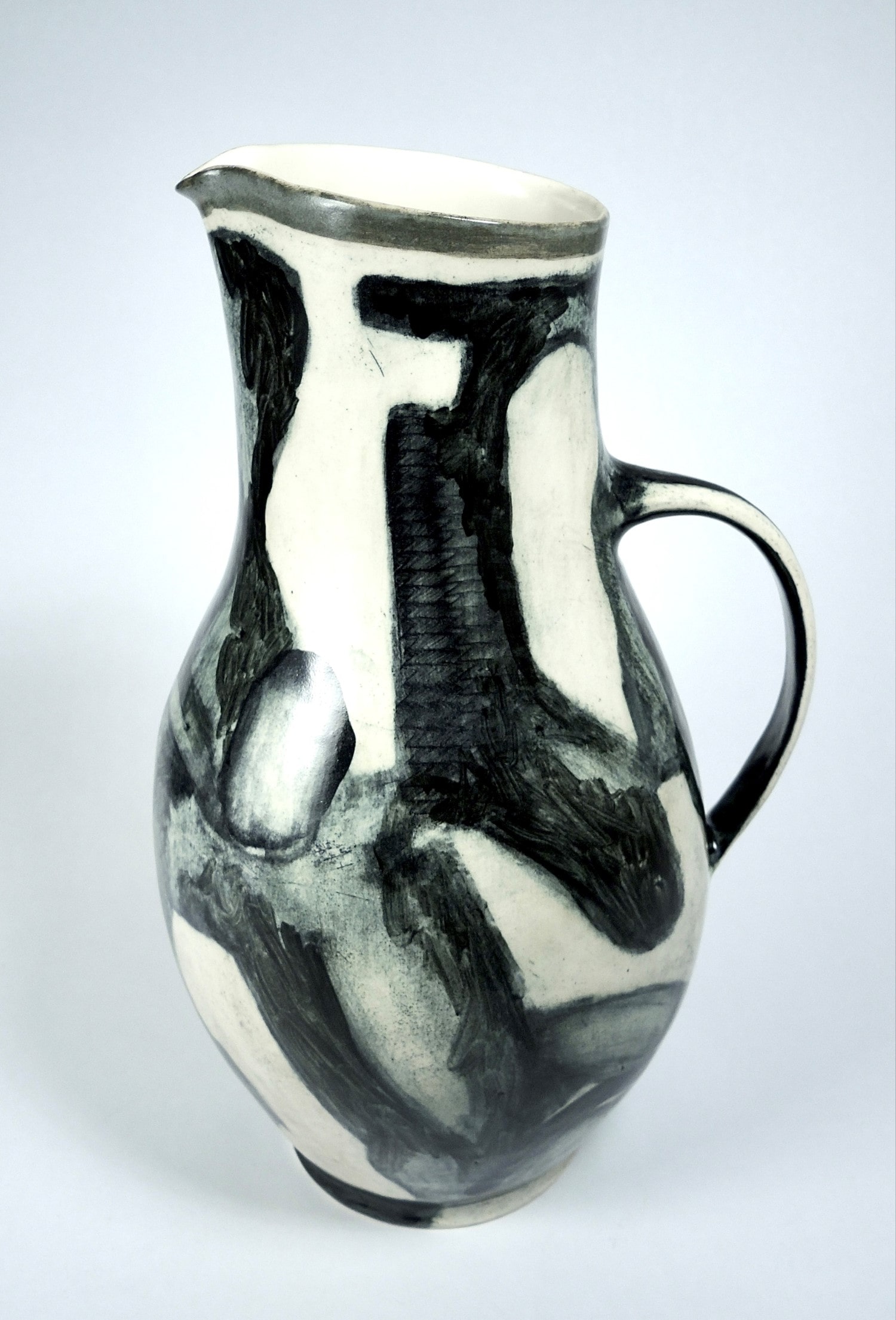 A Break in the Clouds #7 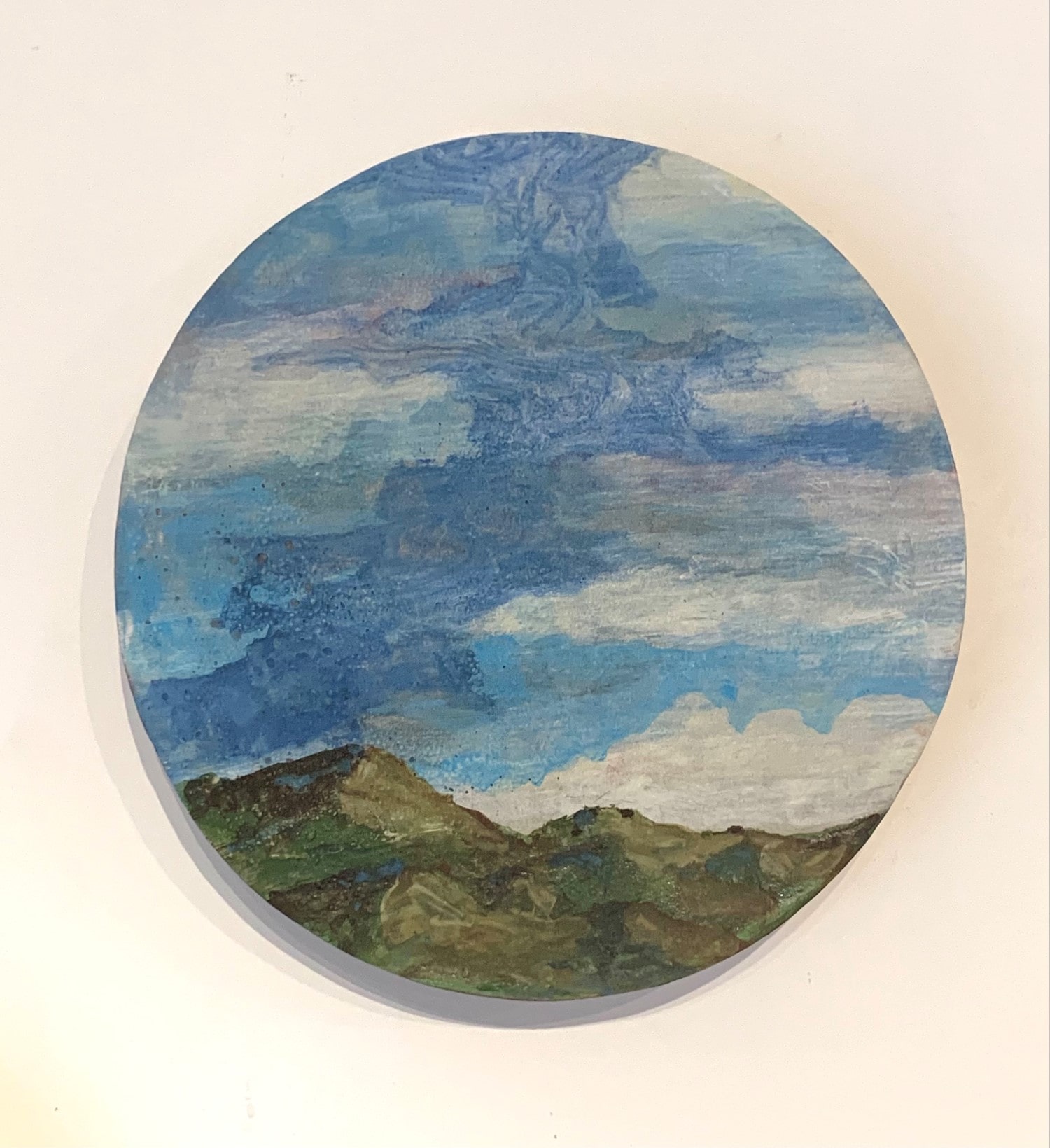 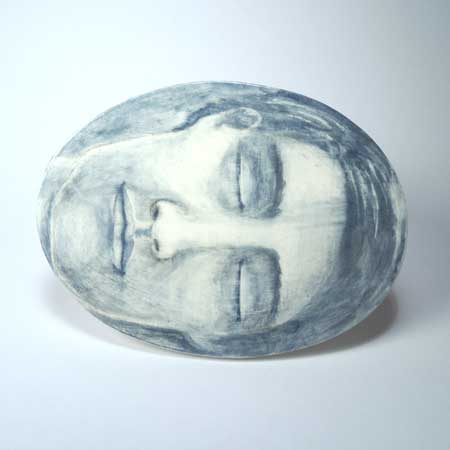 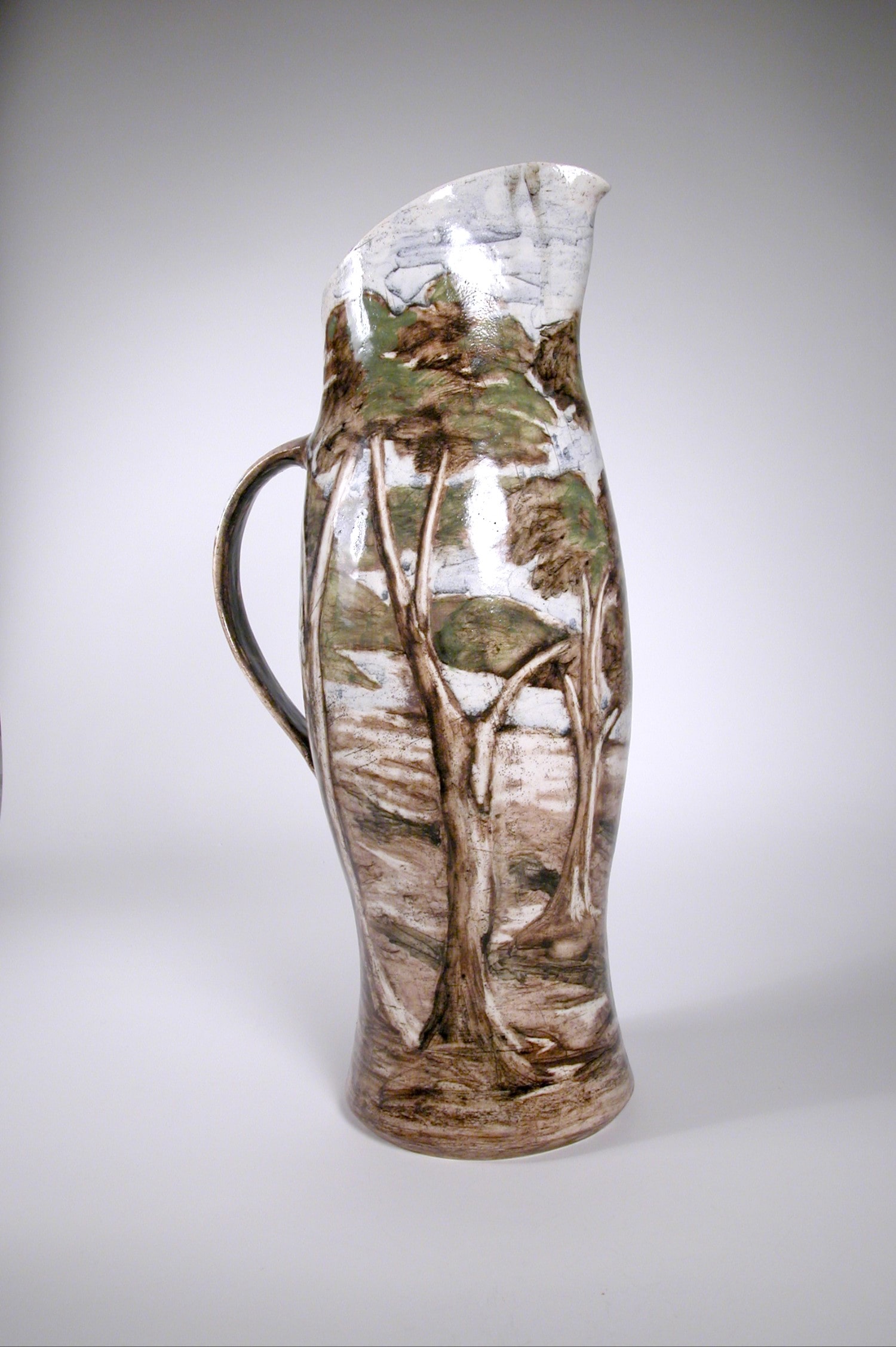 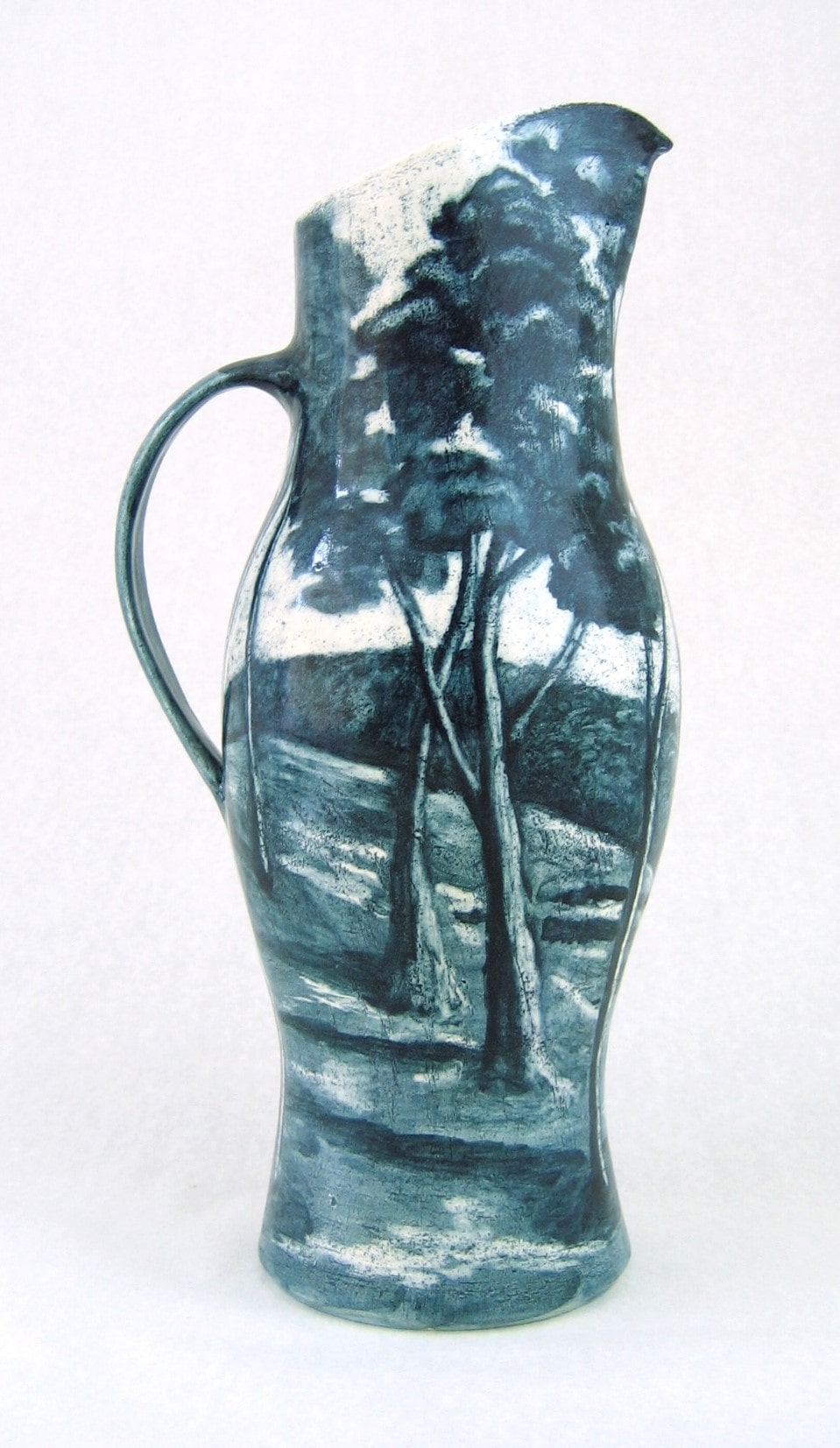 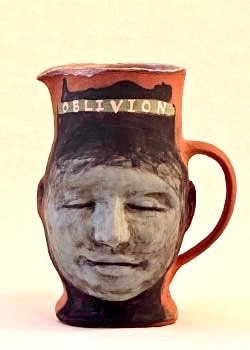 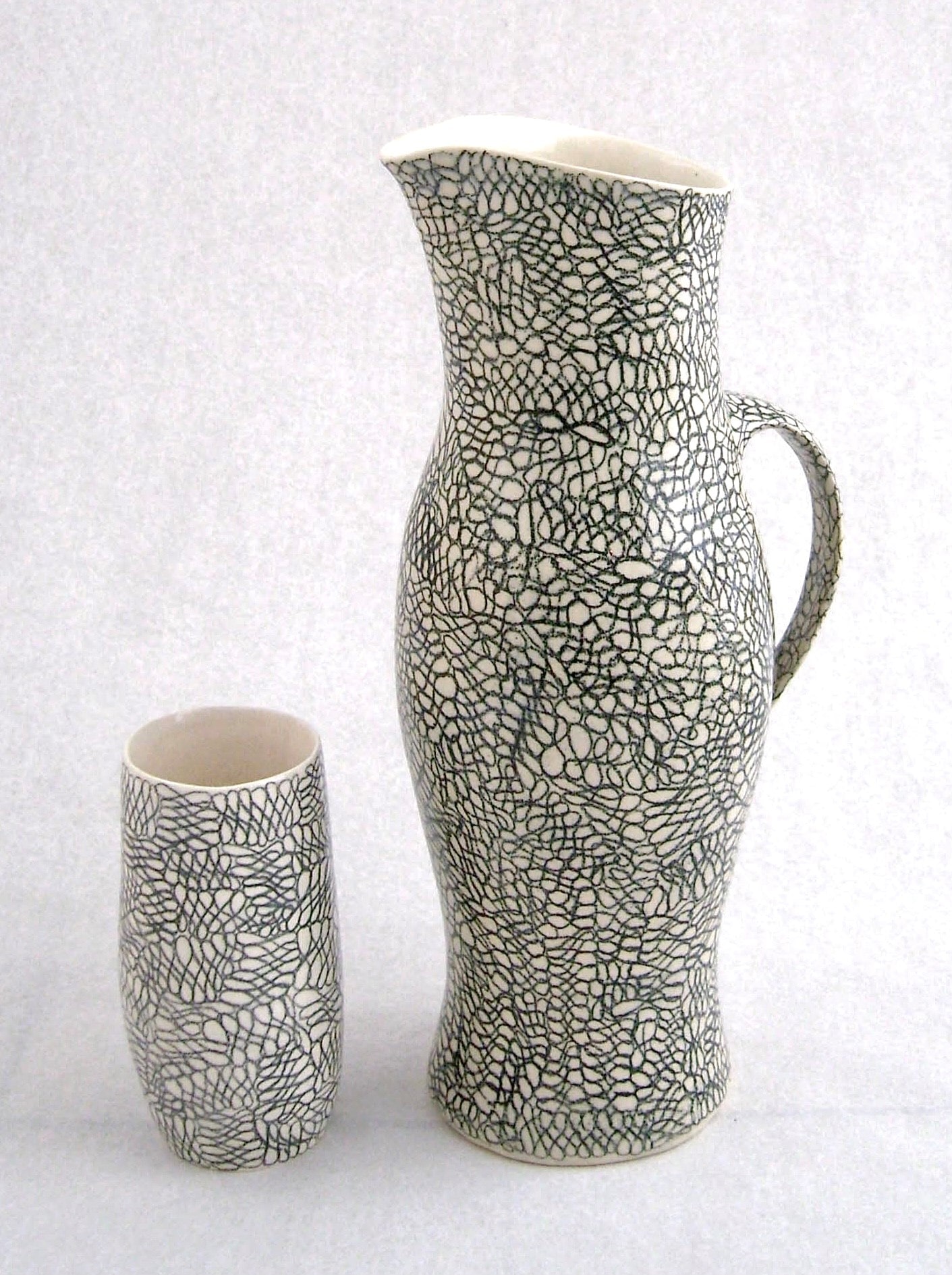 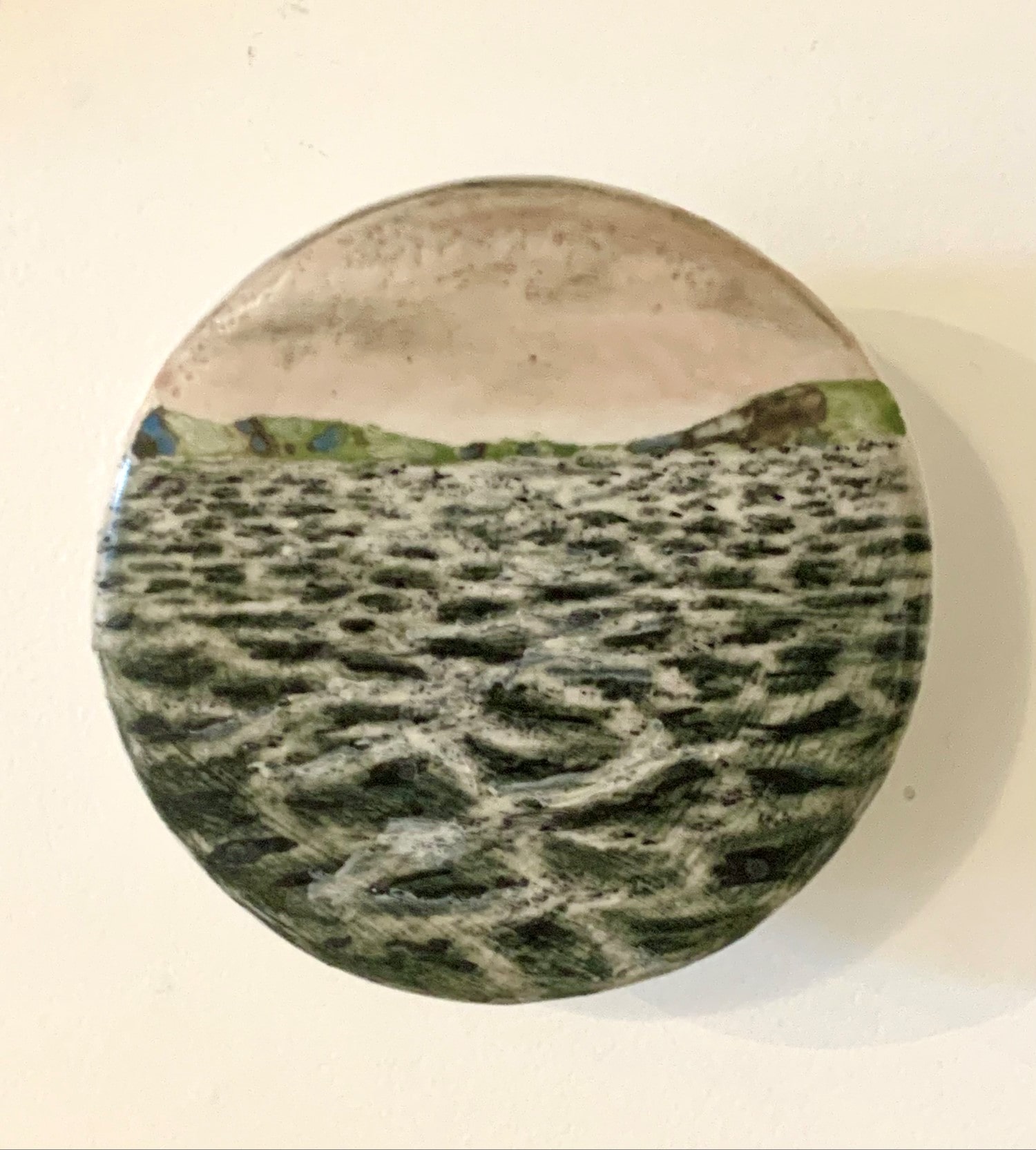 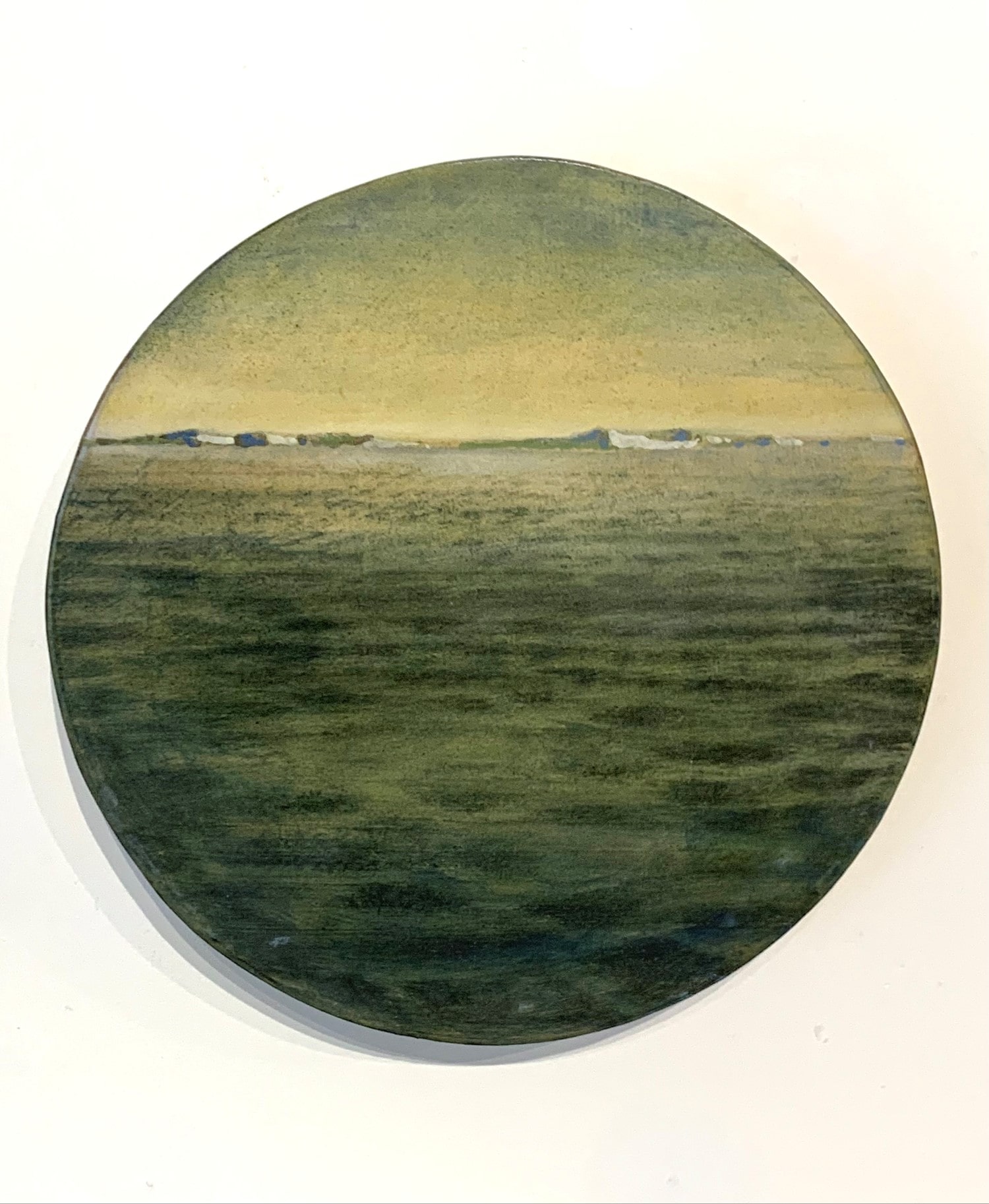 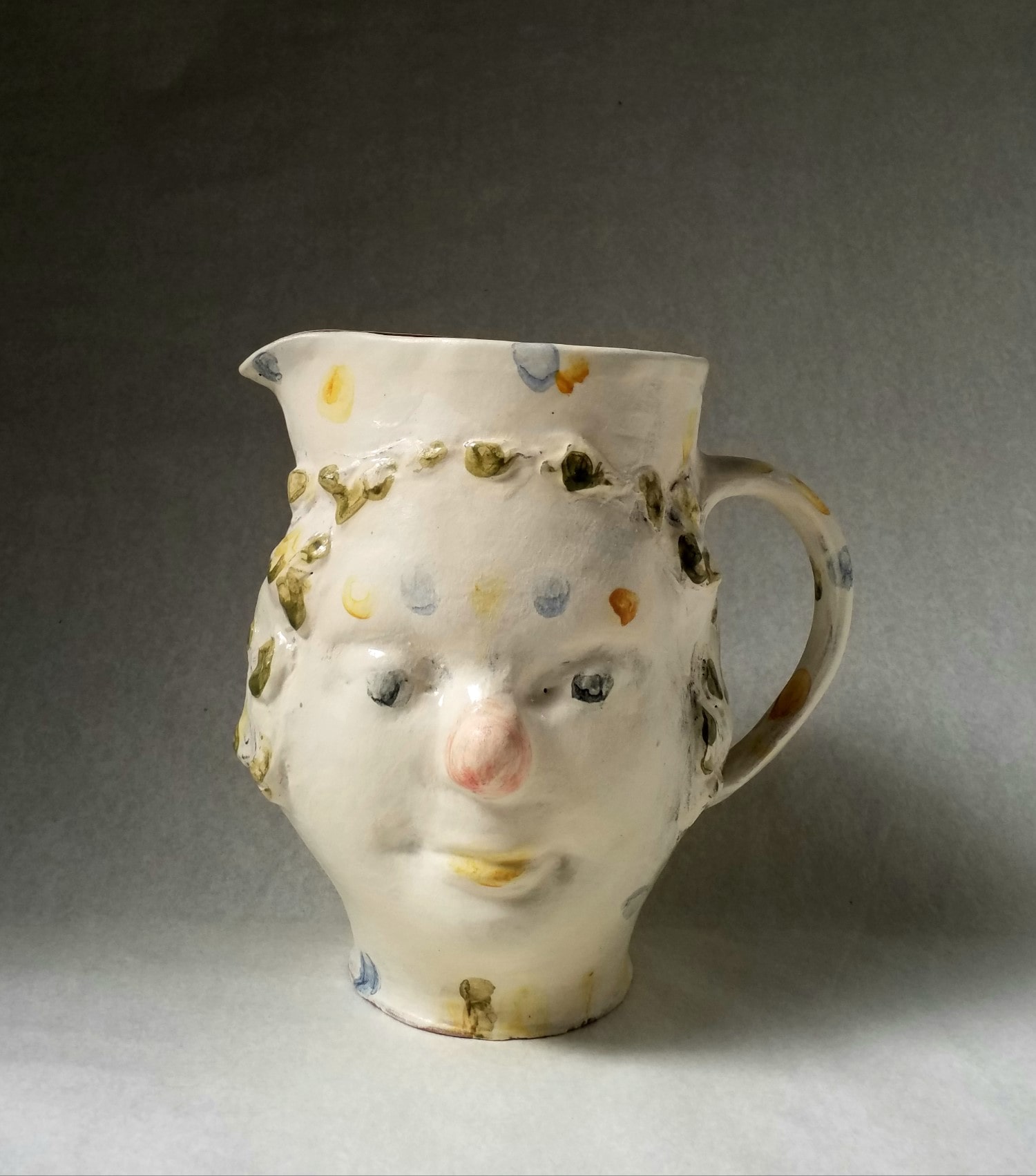 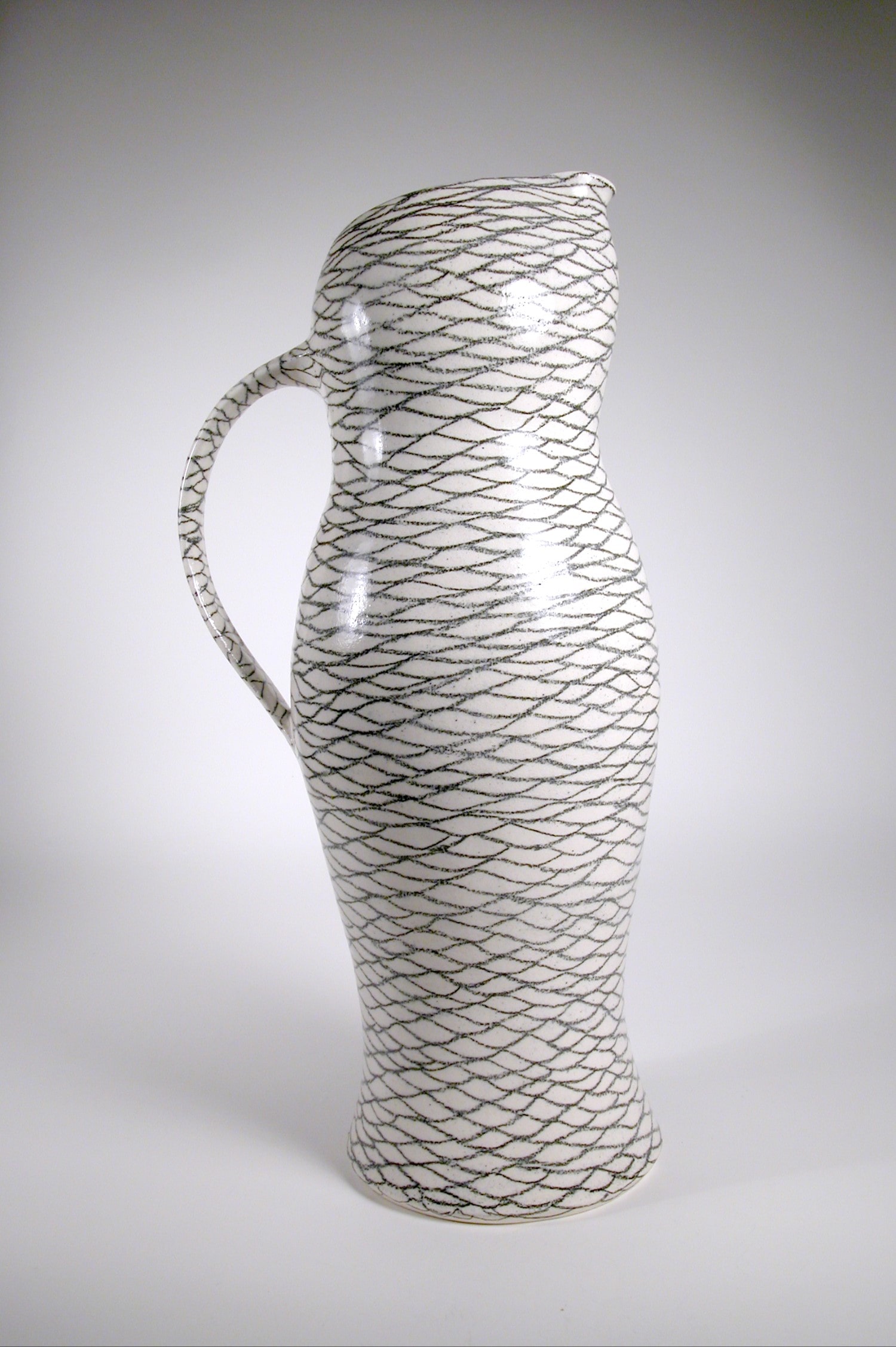 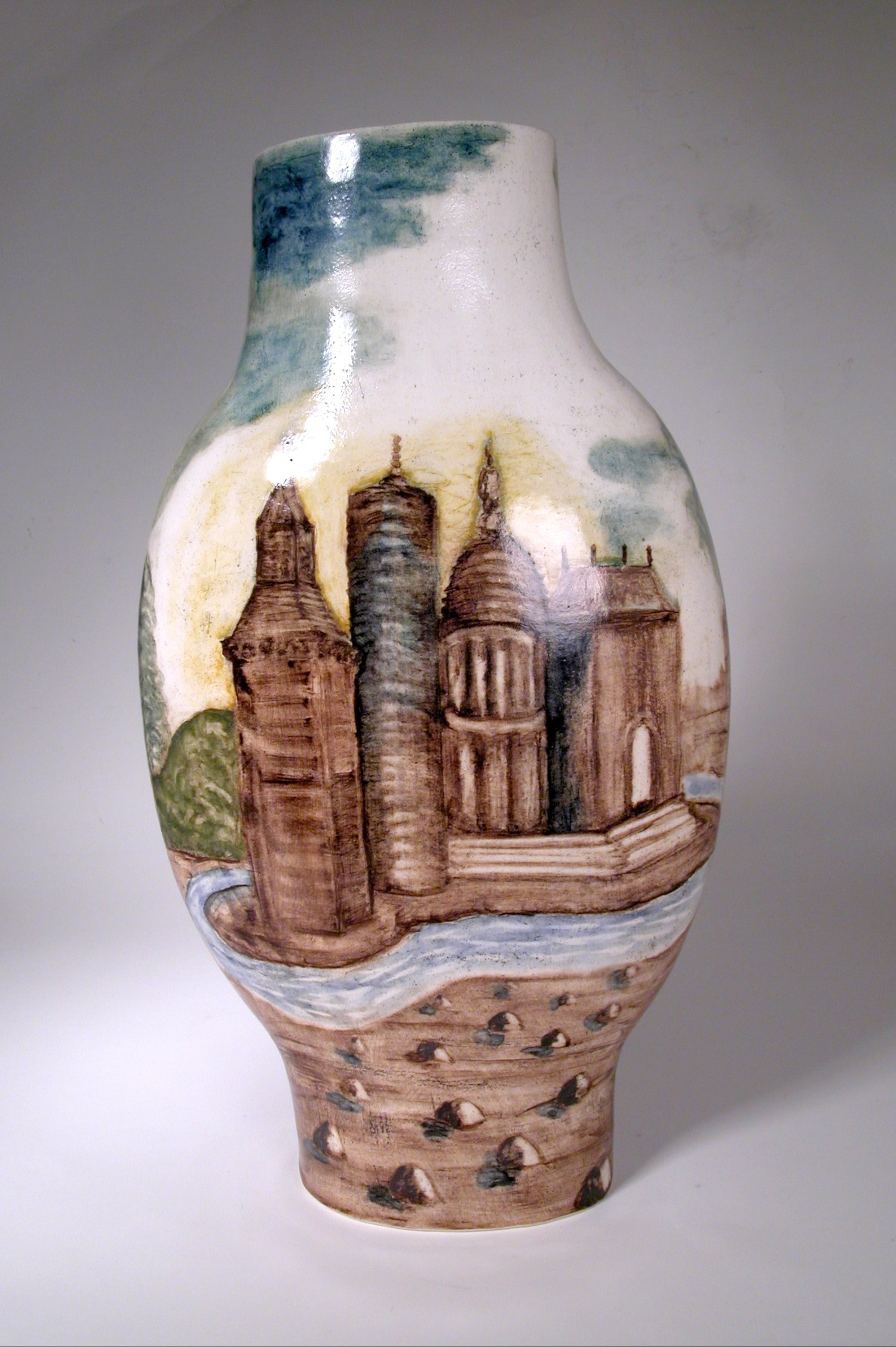 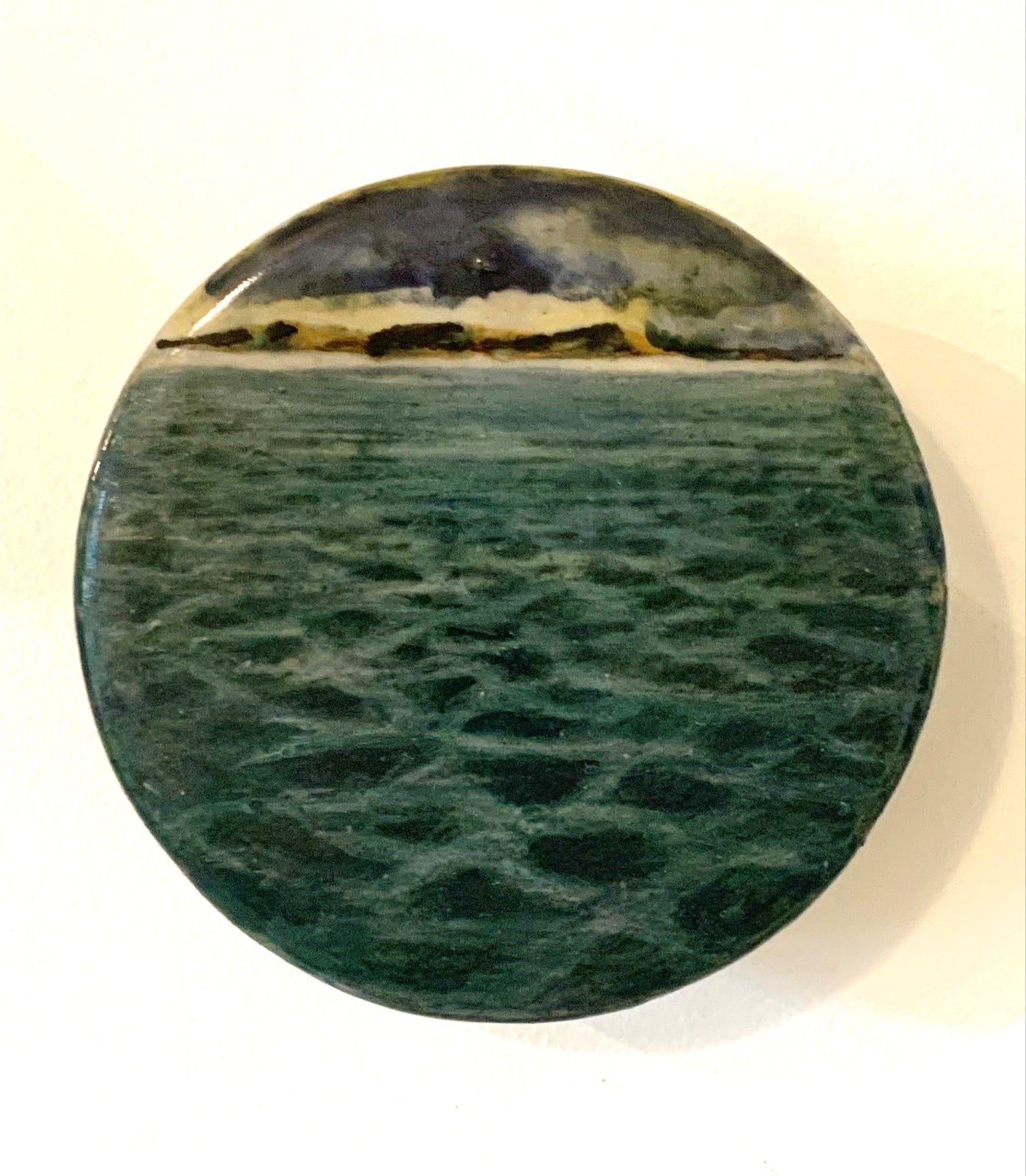 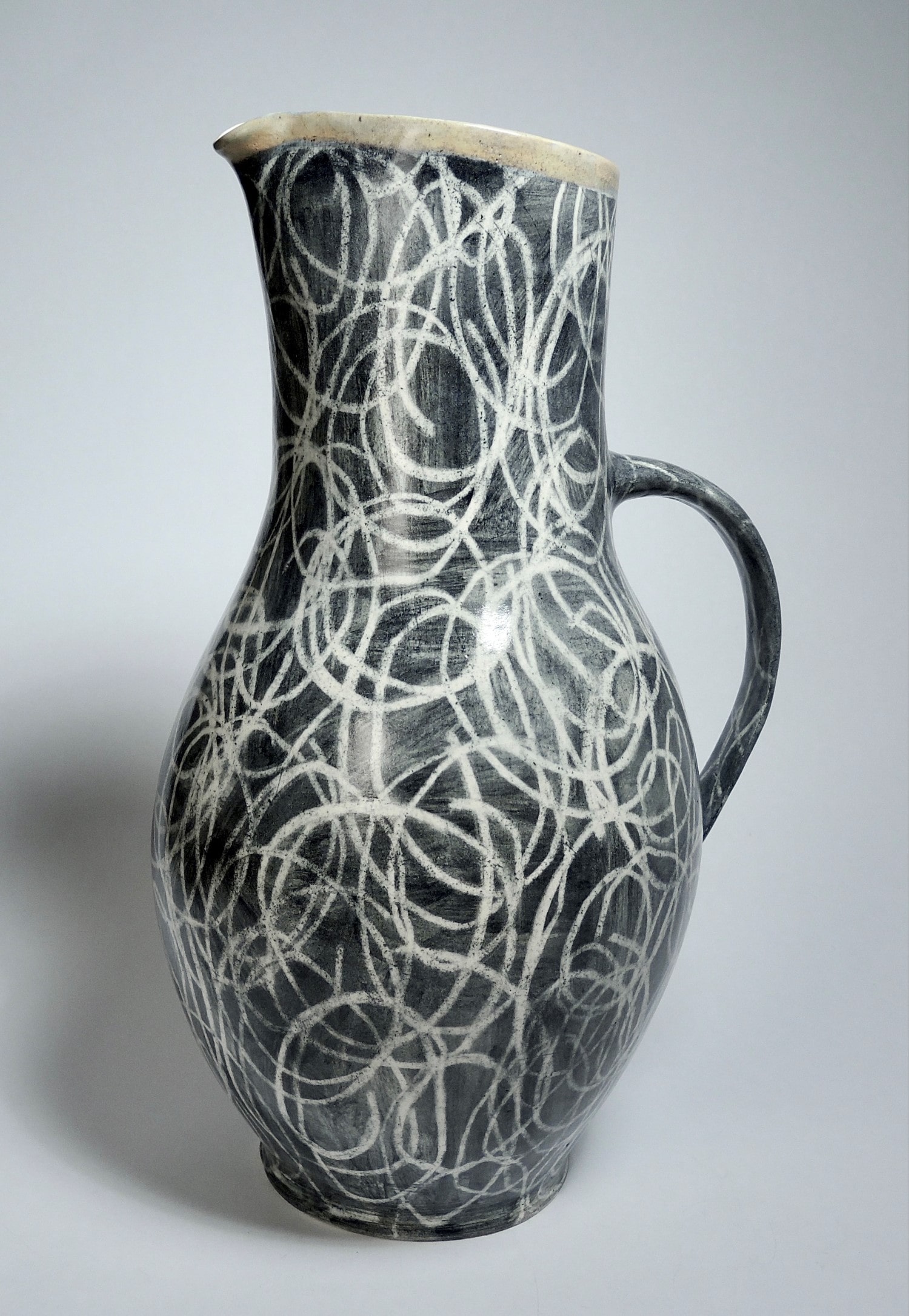 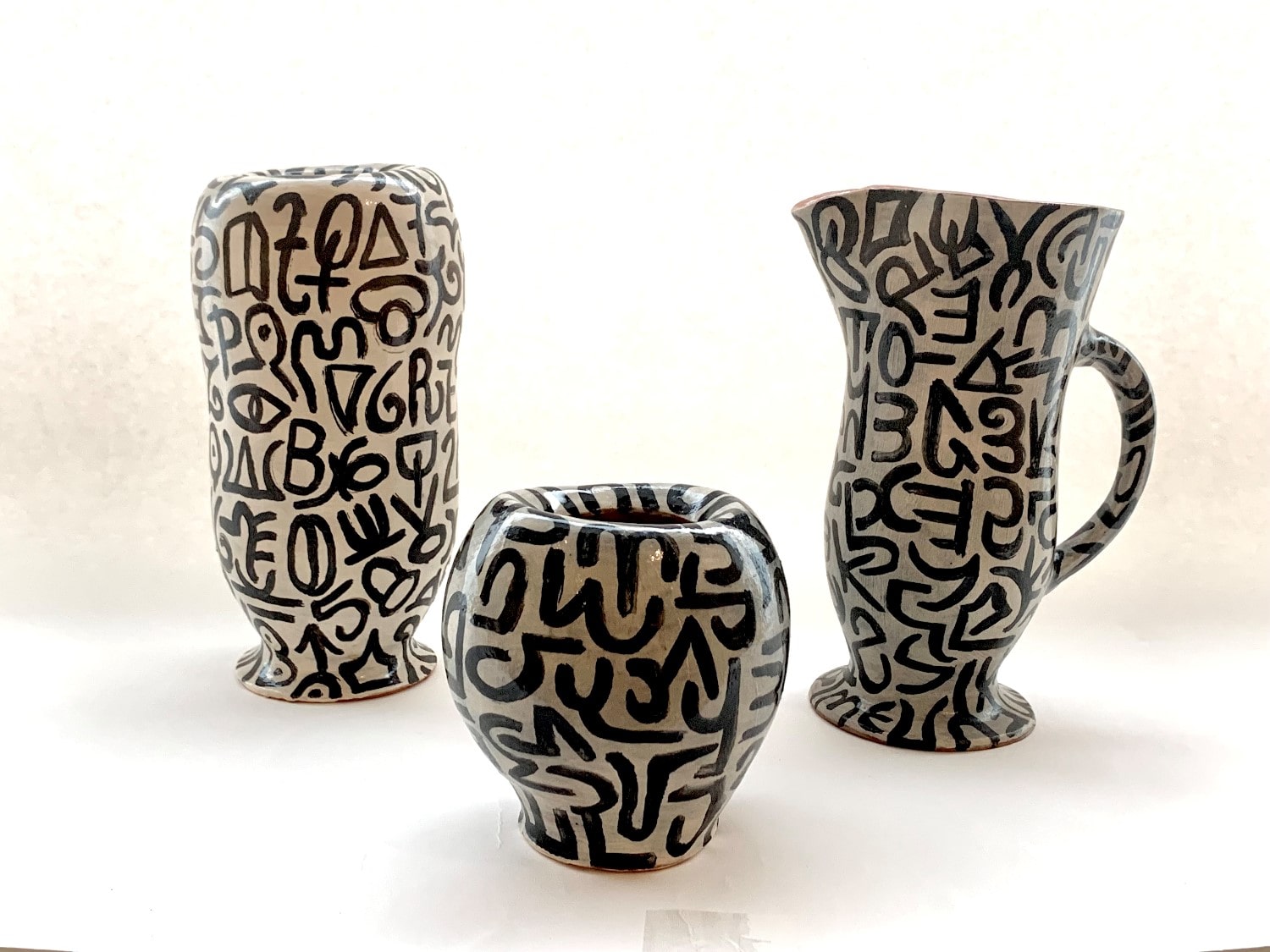 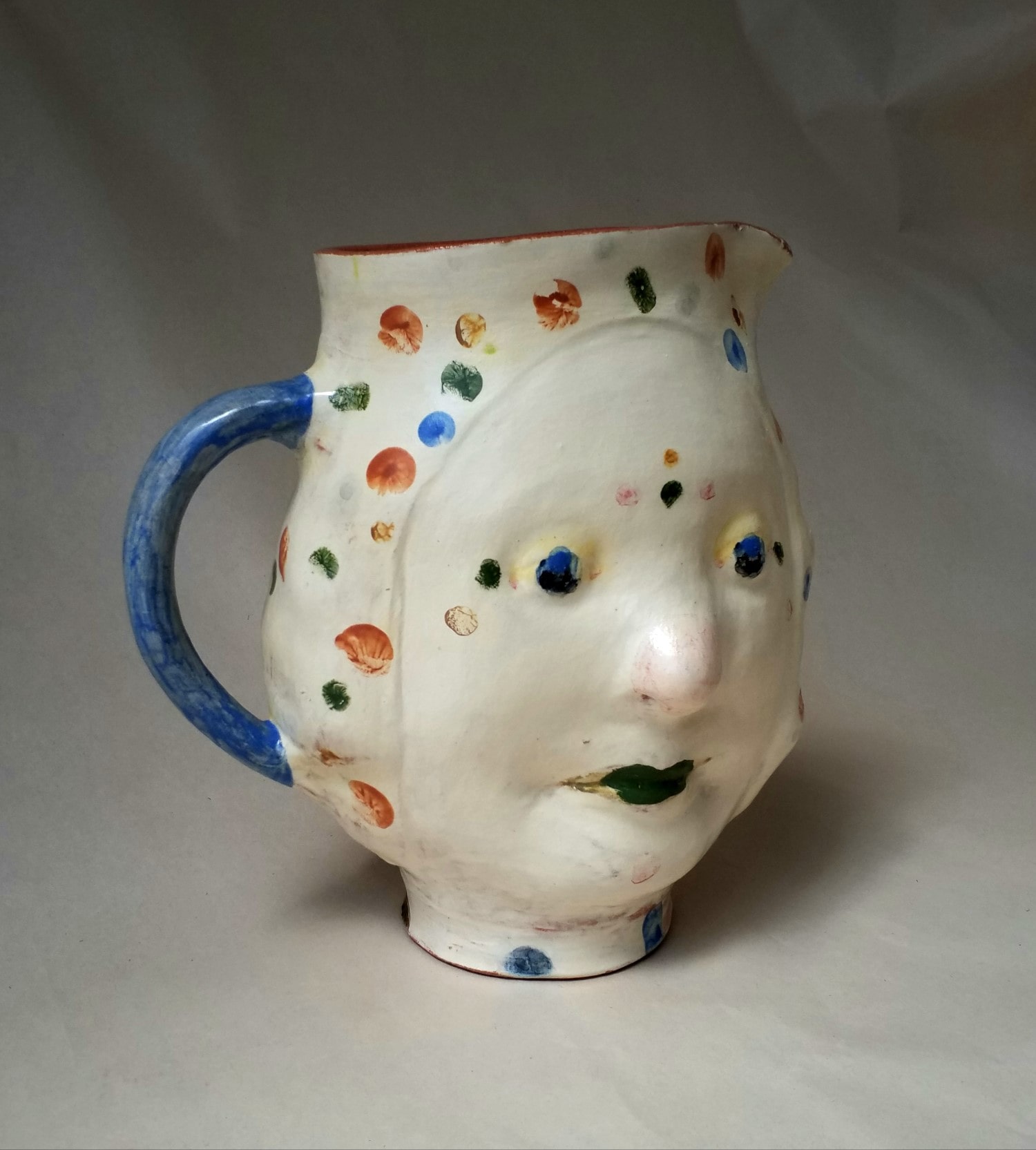 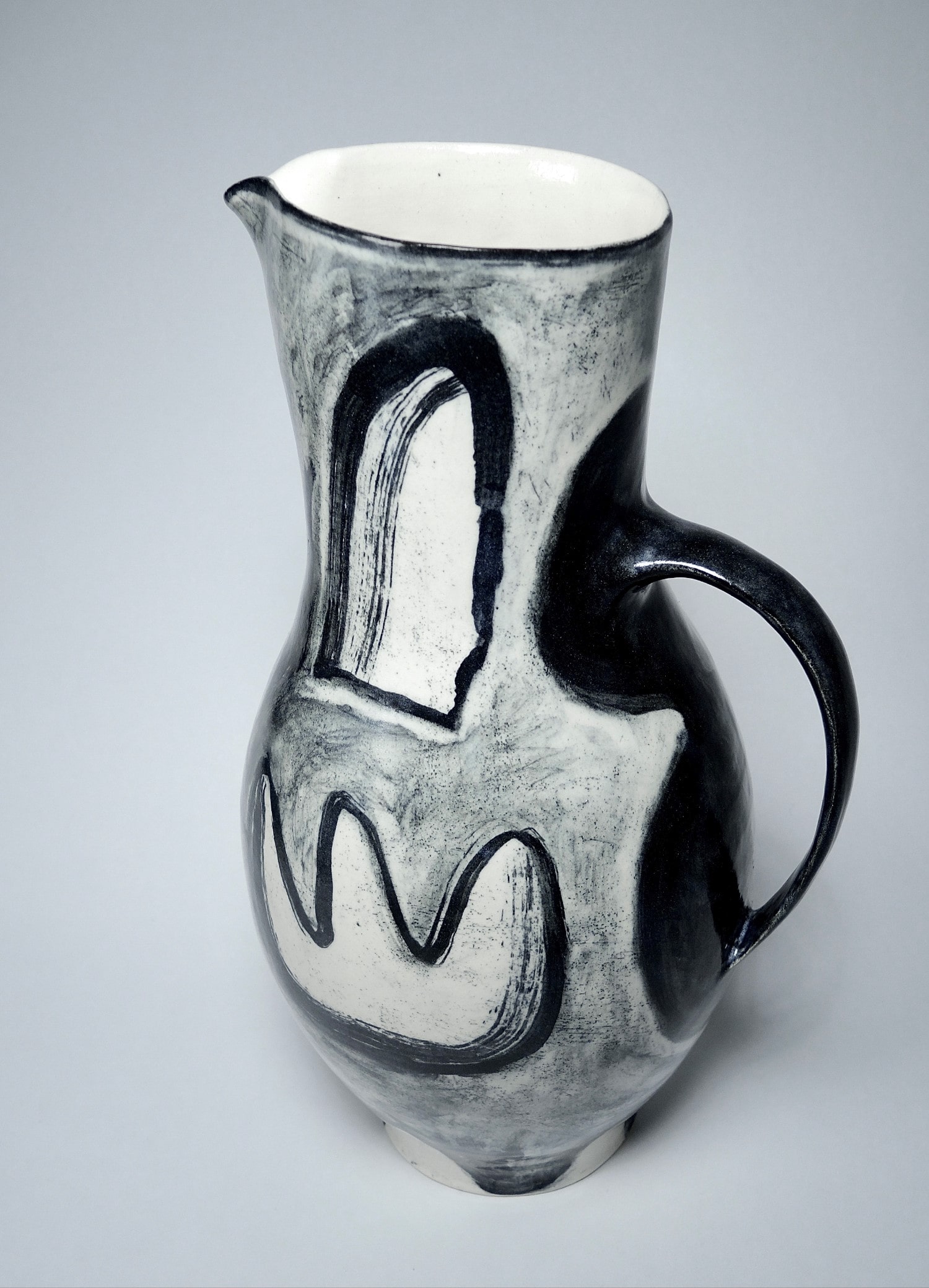 A Break in the Clouds #1 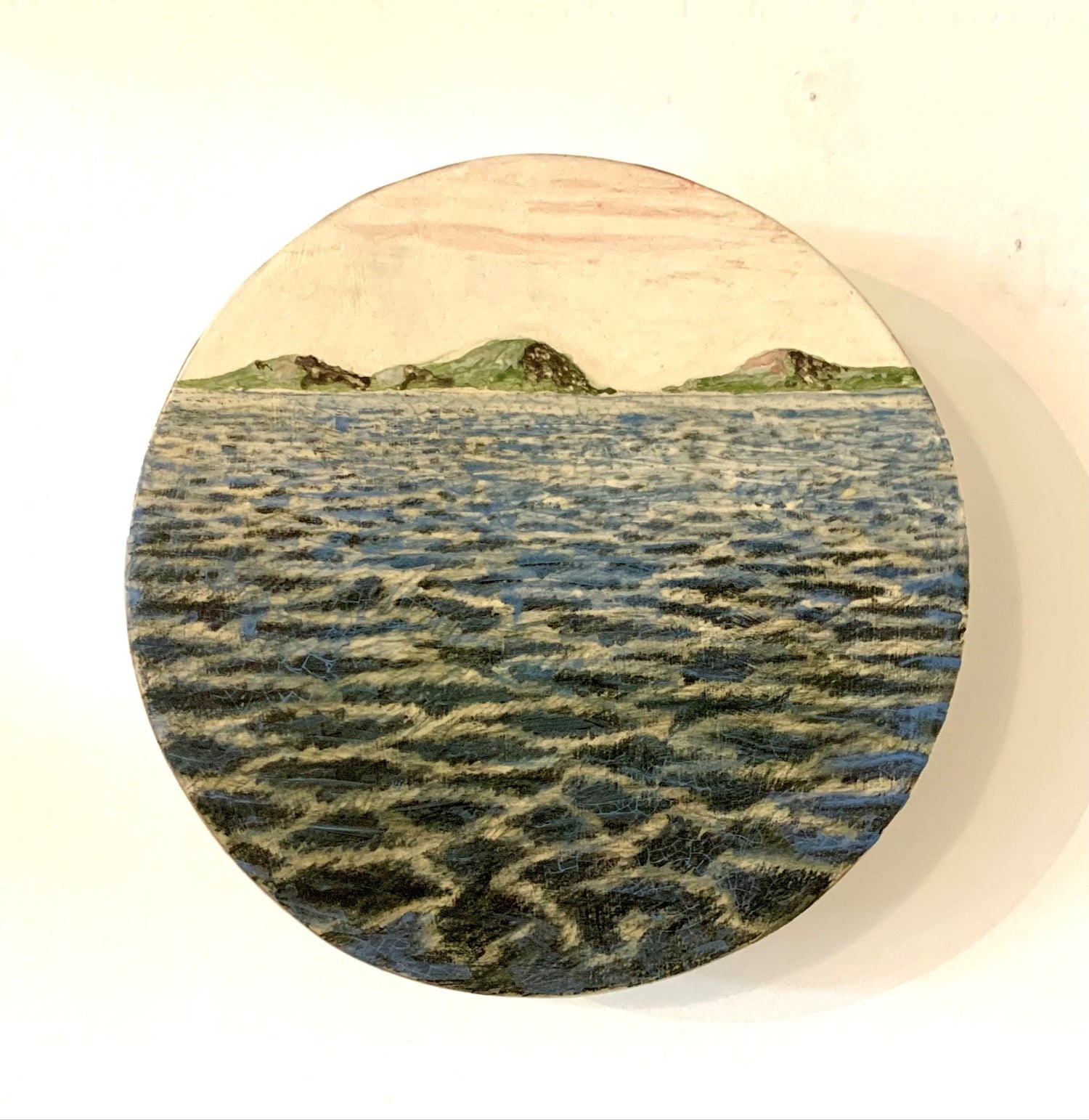